THE FOSSILS IN THE PAST

When quarrying restarted in 1988 and the rock began to be split into fine slates, the first fossil finds appeared and they were not considered an obstacle, but instead an important feature, whose origins were to be understood and preserved.

In order to make them known and also to interest the scientific community, arrangements had to be made for their exhibition at higher education establishments, and these were made with the universities of Porto (1994), Vila Real (2000), Coimbra (2001) and Lisbon (2006).

The success of these exhibitions led to the idea of building facilities to permanently display the most emblematic fossils collected since the quarrying restarted, in order to encourage scientific studies of the palaeontology and stratigraphy of the Ordovician. The Geological Interpretation Centre of Canelas (CIGC) opened in 2006 and is currently an important educational centre, visited by students from all levels of education, as well as by the general public, enthusiasts and specialists. 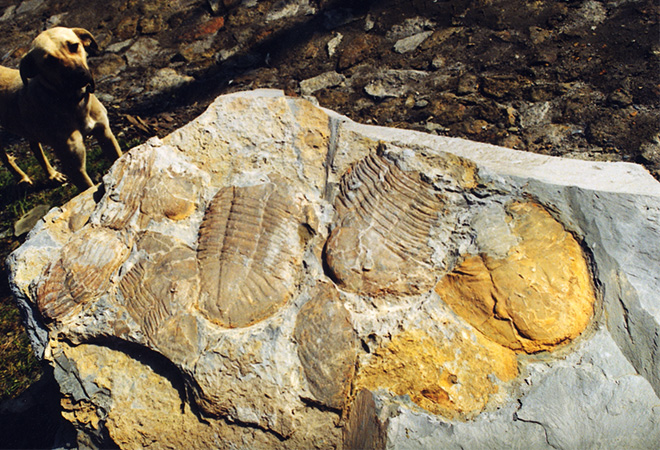 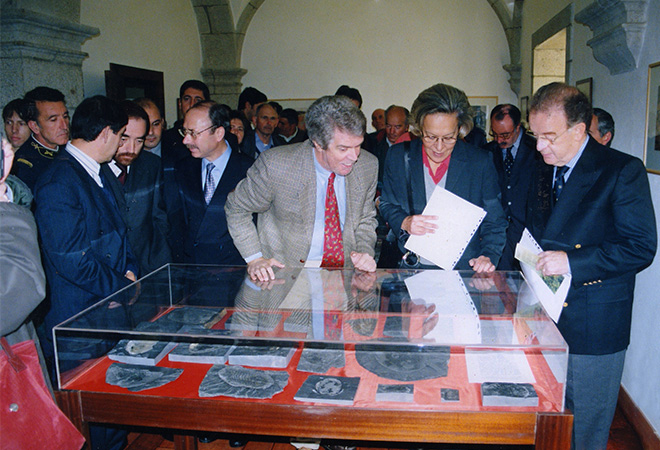 THE FOSSILS IN THE PRESENT

The CIGC presents a multifaceted and unique collection of fossils collected over two decades of industrial slate quarrying. They are fossils formed around 465 million years ago (Ordovician Period) essentially from what was then the seabed, located on the platform of a large continent (Gondwana) situated in the vicinity of the South Pole. The fauna in this exceptional paleontological collection includes invertebrate fossils from the Middle Ordovician, most notably trilobites, bivalves, gastropods, cephalopods, brachiopods, crinoids, cystoides, hyolithids, conularia, ostracods, graptolites and ichnofossils.

The main attraction of this collection is probably the gigantism of some of the species of trilobites, considered some of the largest in the world.

The major contribution of trilobites to biology is the discovery of single and multi-species associations of various genera. Their concentration in numerous groups indicates the possibility of gregarious behavior, which makes this site unique in paleontological terms. 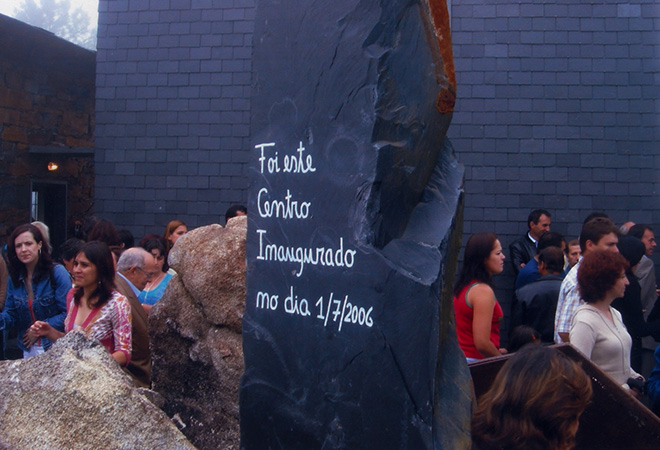 THE MOST IMPORTANT COLECTION OF TRILOBITES EXHIBITED IN PORTUGAL